How One Room Can Make Your House Into Your Home

In 2007, I was planning my wedding, going to graduate school, looking for a house to buy and I was 6 months pregnant. You could say that I was a LITTLE busy. We started off with a realtor that told us that we were never going to find a house that was within our budget, was not a fixer upper and within Loudoun County. She showed us multiple homes that were not at all what we were looking for and I was desperately in need of some nesting, so we switched realtors.

I will forever be grateful that we found Heather Elias (www.locomusings.com). She listened to what we wanted and showed us multiple homes that were good, but not perfect. Then Seth went out of town and Heather called to tell me that she had a house to show me in Purcellville. I grew up in Reston, but I had driven out to Purcellville when I was younger and felt like it was SO far from everything. (I now know that it's only 10 minutes past Leesburg, so not too far from anything!) I came with Heather to see the house and when I walked into it, it immediately felt like a good fit. It wasn't until we walked into the nursery that I knew, with every ounce of my being, that this was our house. There was a perfect little alcove with a bed in it, with wispy drapes hanging on the sides and beautiful light coming through the windows. I was in absolute love with this room.

In October of 2007, we moved in and I immediately made the nursery for our first born. I don't have many pictures of her room from then, as this was before I was a photographer, but this will always be one of my favorite pictures of her. Her crib placed into the alcove by the windows, she is joyfully standing with a big smile and waving at the camera. 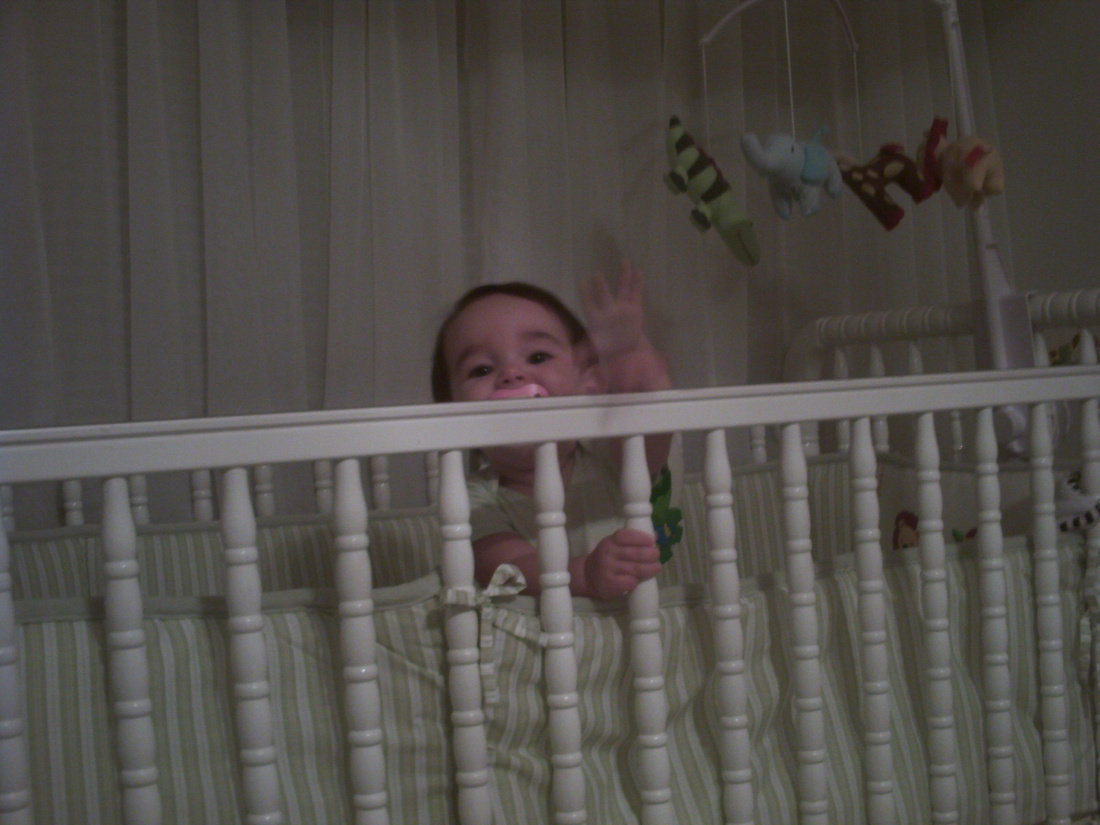 Then in 2011, I prepared that nursery for our next child. I happily hand painted the walls with monkeys and greens, since we knew we were having a boy. The crib was still happily in the alcove, ready to snuggle our little baby boy. 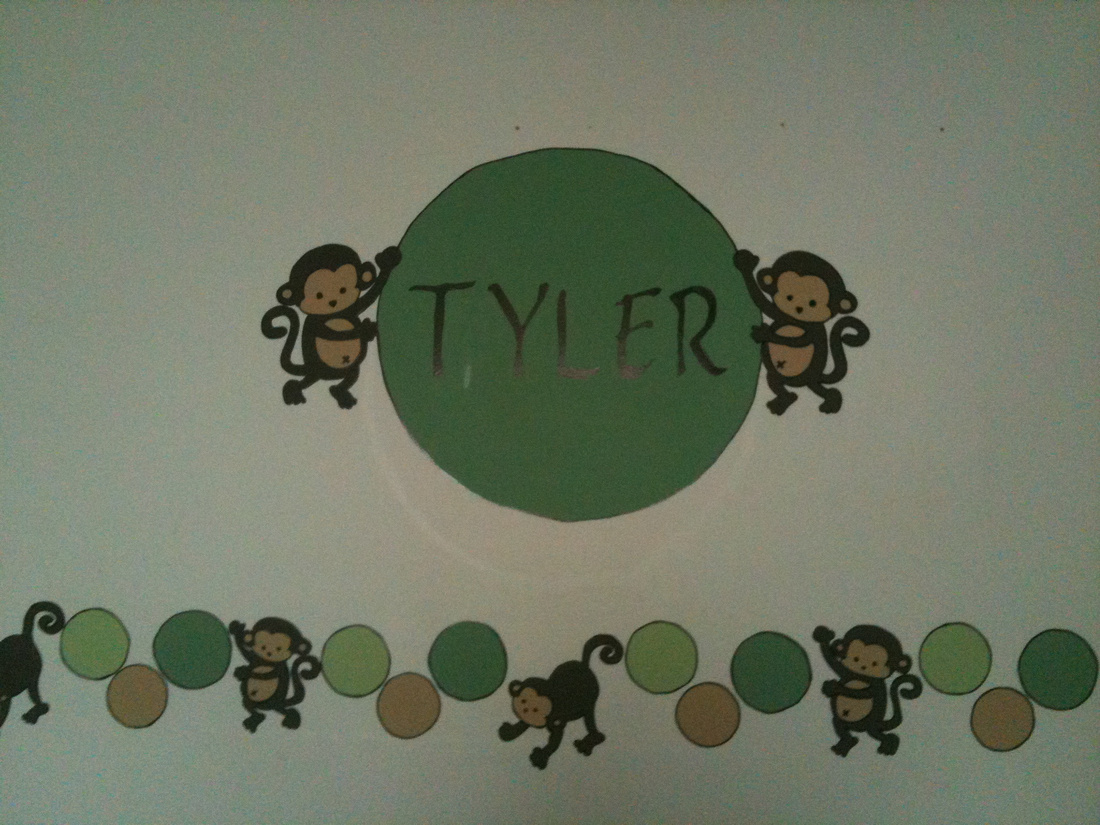 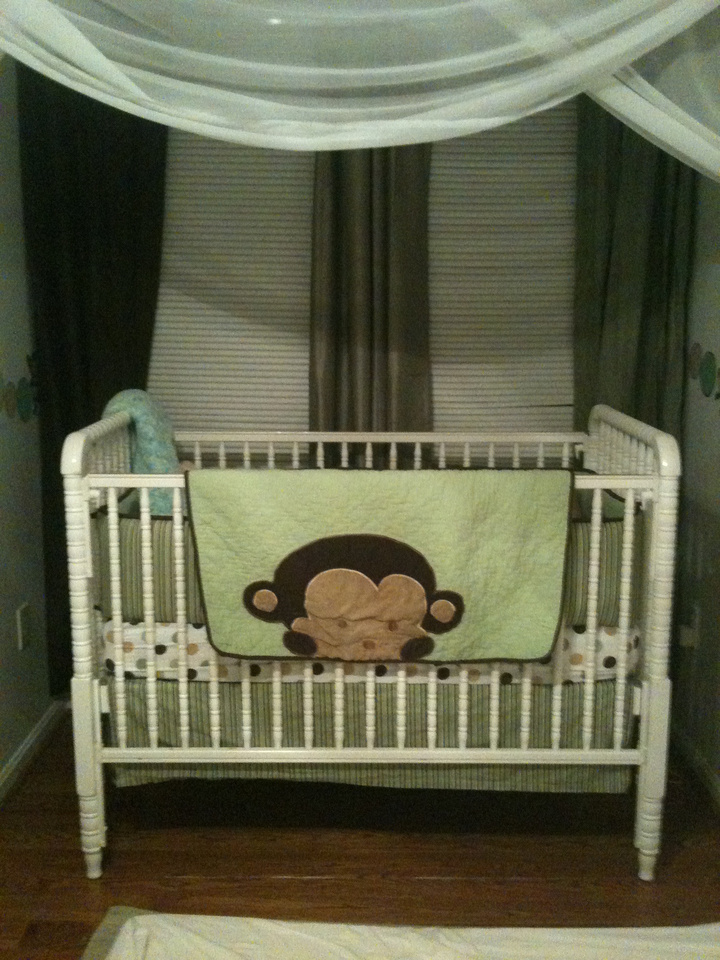 In 2012, I went into the nursery and nursed our second child, whispering to him that he was supposed to have been the baby for longer, but that he had a new little sibling on the way. And so, the nursery underwent yet another change as it was prepared for our 3rd child. This time, the walls became purple and the crib was moved out of the alcove to be turned into a cozy reading nook.

One night in 2014, it was 13 degrees outside. It was bitterly cold and since the nursery is above the garage, it tends to feel colder than the rest of the house. As our luck would have it, that was also the night that our heat in the house went out. All three of the children got to have a sleepover in the room that was once their nursery. 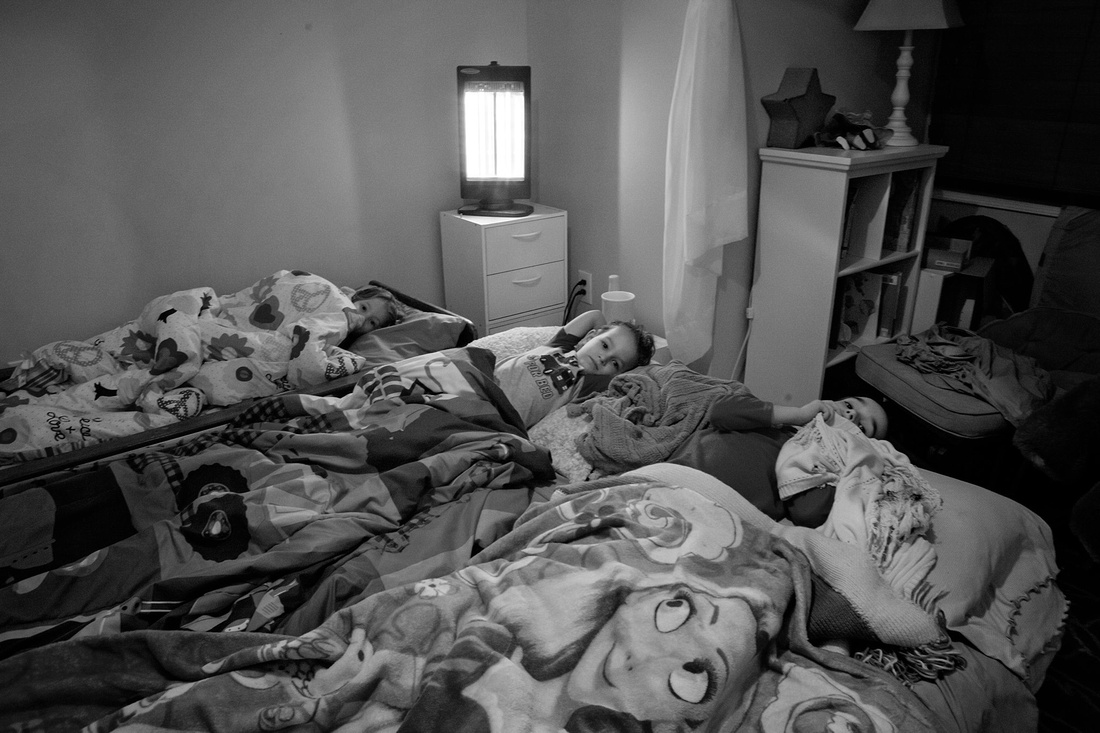 Finally, in 2017, our 4th child inhabited this room. She started off in a separate room as her official nursery, but eventually moved into the actual nursery. She's had many nights snuggling in her little pink chair reading books before bedtime. 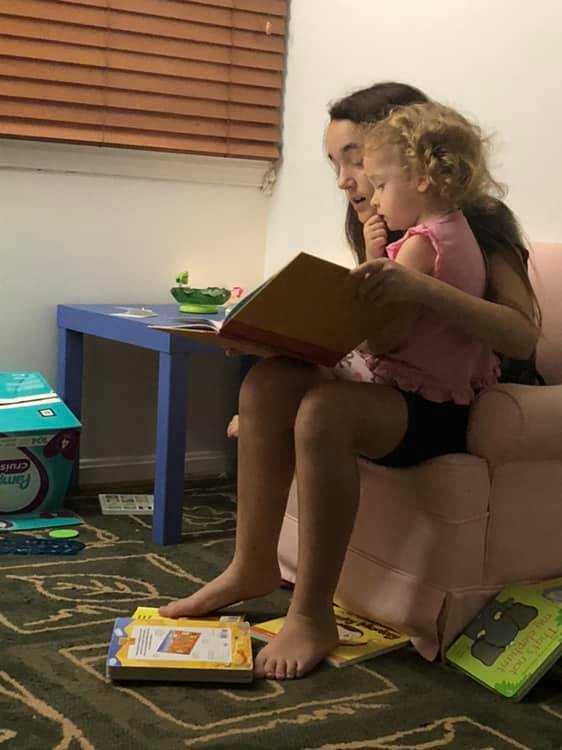 This past weekend, the nursery had yet another change. This time it wasn't for a new baby. Our oldest child was moving back into the room that first made this house feel like home. She's 12 now, and it felt like time to give her her own space again. Although the decor is different and the child is older, she decided on her own that she wanted her bed in the alcove by the window. This time the room was coming full circle. 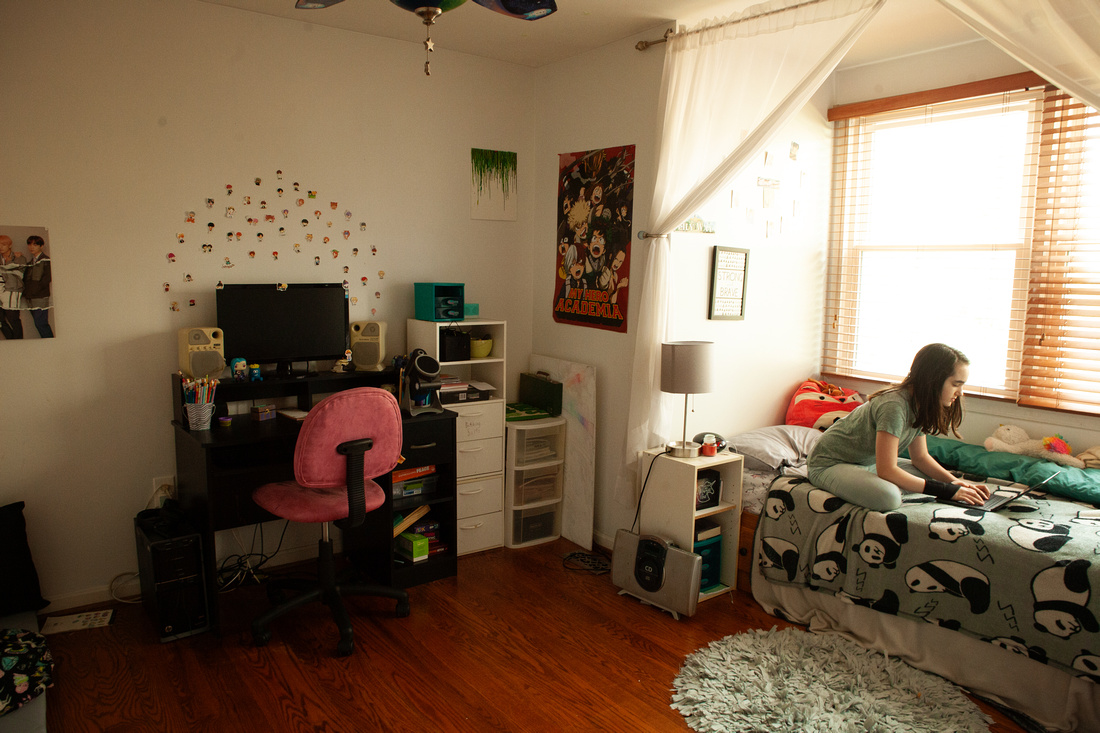 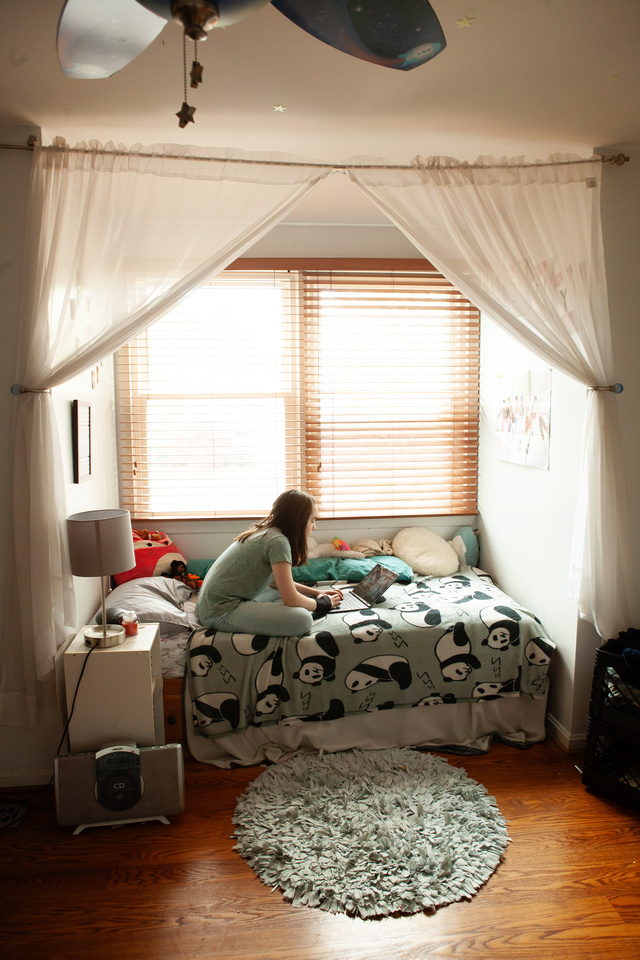 I am so blessed to be able to watch my children grow within these walls and I am forever grateful to Heather Elias for helping us find the perfect home for us. This room holds so many memories and will hold so many more. To summarize, the places that we live in become a home with the memories that are made there. So, as we are quarantined in our houses, take the time to document your own home. It doesn't matter if it's messy. It doesn't matter that the kids aren't dressed up. It doesn't matter if you only have your cellphone camera. Those things don't matter because those things are the memories that make your house your home.